What is the Ketogenic Diet? 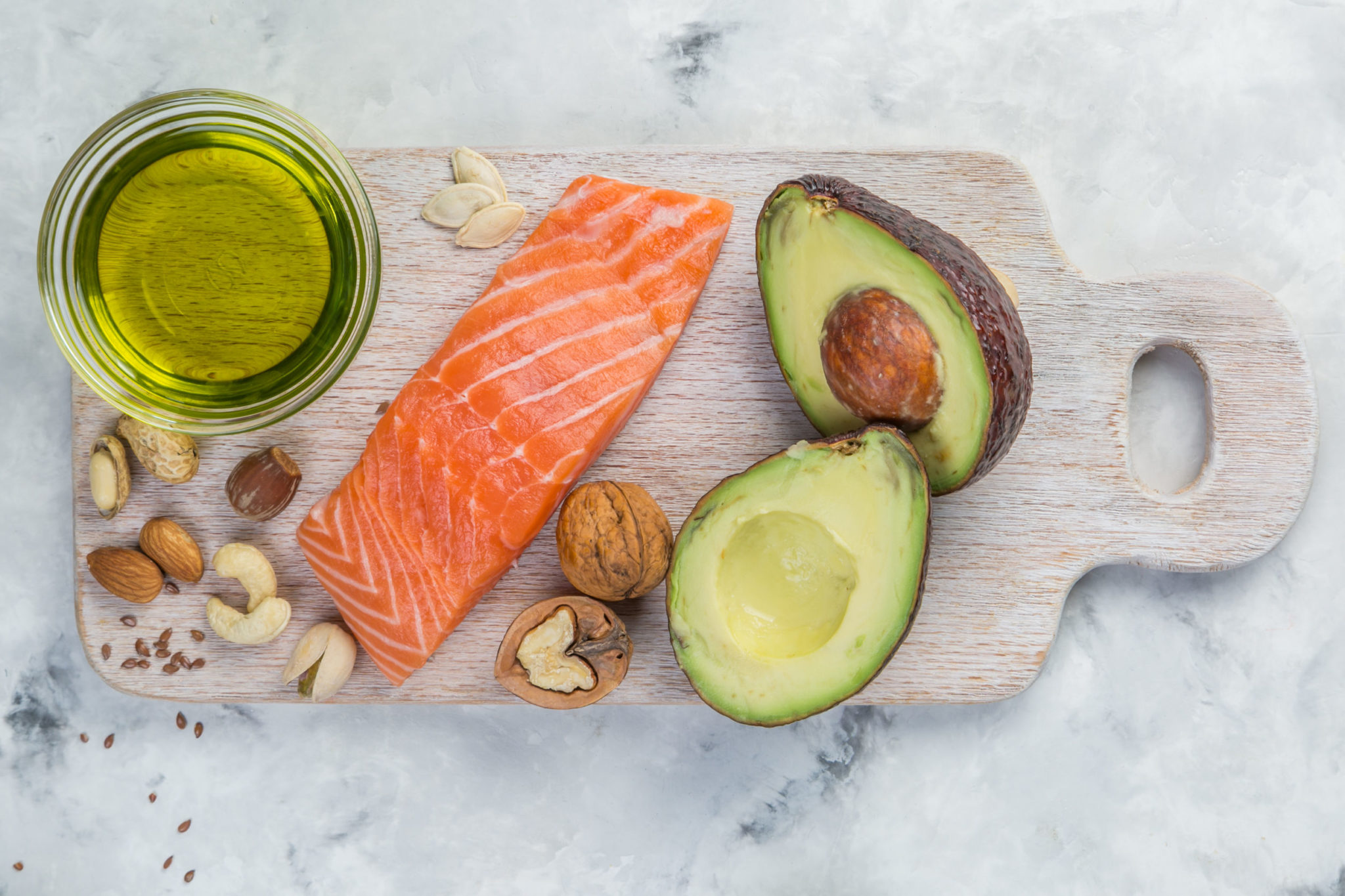 1. What is the ketogenic diet?

Low in carbohydrates with moderate protein and high in fat, a ketogenic diet prompts the body to burn fat for energy rather than glucose, which leads to the production of ketone bodies—molecules that can be used as a source of fuel. A typical ketogenic diet consists of ~70% fat, 20% protein, and 10% carbohydrates. Though this can vary slightly depending on the individual, this diet is specifically designed to induce nutritional ketosis.

When ketone bodies accumulate in the bloodstream (>0.5 mmol/L) due to low glucose availability, they cause a metabolic state called ketosis. The most efficient approach to induce nutritional ketosis is to lower dietary carbohydrate intake while increasing fat intake. This reduction in carbohydrate intake helps the body shift toward a state that promotes the breakdown of fats (from the diet and your body) to produce ketone bodies and enter ketosis.

3. How does the ketogenic diet differ from a paleo diet, Mediterranean, Atkins?

One diet does not fit all—the best diet is the one that you can stick with for long-term. As a lifestyle modification, it should be closely monitored and modified as needed. 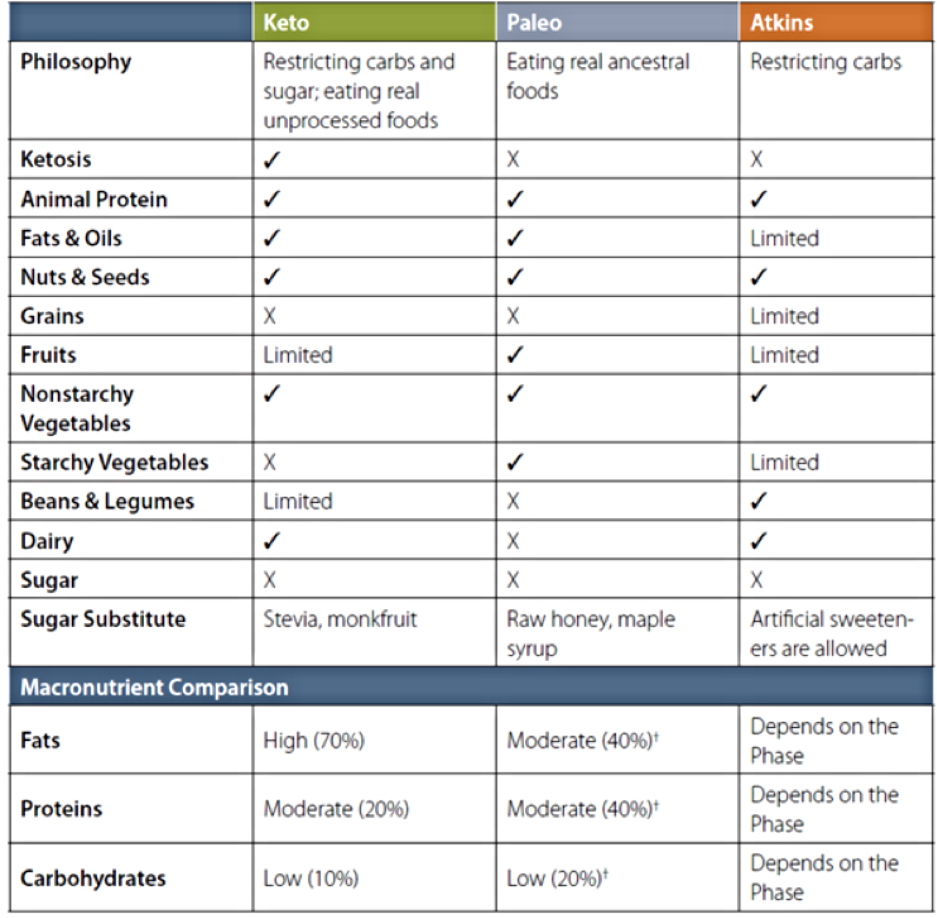 4. What is intermittent fasting? How is this beneficial for someone on ketogenic diet?

5. What are ketones? How are they produced?

Ketone bodies production in the liver is a natural process when the body increases the use of fat as the main source of fuel. This occurs during a fasting state and/or prolonged exercise, or when dietary carbohydrates are very low. There are three endogenous ketone bodies. These are acetone, acetoacetate and beta-hydroxybutyrate (βHB).

6. What is keto-adaptation? How long does it take to adapt?

Keto-adaptation is the process the body goes through during the ketogenic diet as it switches to using fat as an energy source rather than glucose. The length of time varies for individuals, but typically starts a few days after being on a ketogenic diet. Within a week to two weeks, many people report positive effects of keto-adaptation, and studies have shown that signs of keto-adaptation (such as increase in fat oxidation) occur within this time-frame.

8. Which patients or individuals would be excluded or not advised to follow a ketogenic diet?

While the ketogenic program can benefit a wide array of patients, it may not be suitable for patients with possible inborn metabolic disorders (CPTI or II deficiency; β-oxidation defects [LCAD, MCAD, SCAD]; and pyruvate carboxylase deficiency). Caution should also be used in patients with the following conditions:

9. Is it safe long term? How long should a patient be on the ketogenic diet?

Depending on the health goals, the practitioner may recommend a specific time period for the patient to be on the ketogenic diet. There are many people and cultures that go into ketosis and stay there for a long period of time without any negative effects.

10. Can someone just dabble in keto for a few days/weeks? Can they still get benefits?

While there is evidence to support the long-term use of ketogenic diets without serious side effects, there are also benefits to just doing a cyclical ketogenic diet. We encourage patients to stay on the ketogenic program for a period of 6-12 weeks as it takes some time for the body to be “keto-adapted” and for them to start seeing results.

11. During the keto-adaptation process, which noticeable changes are expected and what is the “keto flu”?

During the keto-adaptation process, many people may experience symptoms of the “keto flu”. These symptoms occur because the body, being used to utilizing carbohydrates as main source of energy, is going through a metabolic shift to burn fat instead. Some people describe this as a feeling of withdrawal. Symptoms one may experience include feeling drowsy, achy, nauseous, dizzy, and irritable. Some may even experience cramping, stomach pains, and muscle soreness.

12. How long do these symptoms last?

13. How should a patient measure whether they have achieved ketosis?

Ketones can be measured in a variety of ways via a breath meter, urine strips, or a blood meter. The blood meter is the most accurate way to measure the levels of ketones (primarily βHB) in the body. However, this method is more invasive than others, and can also be significantly more expensive. Your healthcare practitioner can advise you on commercially available blood meters to test ketone levels by looking at circulating levels of βHB measured in millimolar (mmol/L) units.

14. What levels should be achieved (millimolars)?

While variable among individuals, βHB ranges >0.5mmol are considered the beginning of the range of nutritional ketosis and a range at which clinical benefits (for example to body weight management) have been described. Work is ongoing to understand the optimal range of circulating ketones for different outcomes. 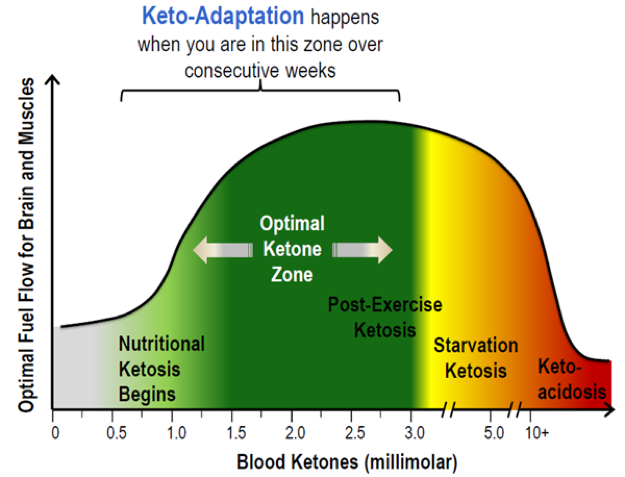 This entry was posted in Blog. Bookmark the permalink.